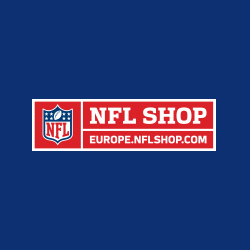 NFL Europe Shop is the place to get the new Nike NFL Jerseys, NFL Nike Gear and Apparel, New Era Headwear, Equipment & Souvenirs. We have all the teams from the AFC & NFC Conferences, so whatever NFL team you are supporting get your jersey, fashion, equipment, Headwear or souvenirs online today.

Follow NFL Europe Shop to get news updates and products on your homepage.

NFL Europe Shop is being followed by 0 people.

Be the first to write a review of NFL Europe Shop:

NFL Europe Shop is currently ranked 490 in the directory.
Last month its rank was 1359.

Save NFL Europe Shop to MyShops
View all the MyShops lists

A Special Offer was added for NFL Europe Shop: Face coverings ... 106 days ago.