Follow Eastern Airways to get news updates on your homepage.

Eastern Airways is being followed by 0 people.

Be the first to write a review of Eastern Airways:

Eastern Airways has 1 stores in the UK in our database.

Eastern Airways is currently ranked 700 in the directory.
Last month its rank was 2417.

Save Eastern Airways to MyShops
View all the MyShops lists

Newquay is the perfect destination to visit after your lockdown hibernation. With flights from Leeds Bradford and T… https://t.co/Ijz5c1HBBn

Our pilots are standing by to answer any questions you may have about flying over on our Instagram. Head over there… https://t.co/VadQ2Lcp7b

Our Sunday service from Humberside and Teesside to Aberdeen will resume from Sunday 7th March. For best prices boo… https://t.co/0hyEQfMwDu

Nantes, situated on the Loire river, is rich in heritage and hosts the Château des ducs de Bretagne. When you’re re… https://t.co/Wxk7YnDOPJ

Our Southampton to Belfast route resumes on the 14th March. ✈️👏 The route was temporarily suspended due to the impa… https://t.co/DCgODuXg3N

New routes to Gibraltar! ✈️☀️ When you’re ready to fly again we have Southampton - Gibraltar starting 24th May and… https://t.co/Sn75NTo7fh

New routes to Gibraltar! ✈️☀️ When you’re ready to fly again we have Southampton - Gibraltar starting 24th May and… https://t.co/Sn75NTo7fh

We are continuing to support key workers and those travelling for essential purposes from Humberside to Aberdeen. L… https://t.co/KOlEBhMzPZ

We are continuing to support our key workers and those travelling for essential purposes on our Southampton to Belf… https://t.co/gFhldVmmvT

We are continuing to support key workers and those travelling for essential purposes on our Teesside to Aberdeen ro… https://t.co/gTObvy5VVW

Happy New Year from all at Eastern Airways. ❤️✈️ Photograph of our Jetstream 41 departing Belfast to Southampton,… https://t.co/wFIaQJrE9m

Sign up to our newsletter and be the first to hear about flight deals and special offers. https://t.co/nM9RmJkMwz https://t.co/184lcR0Qkn 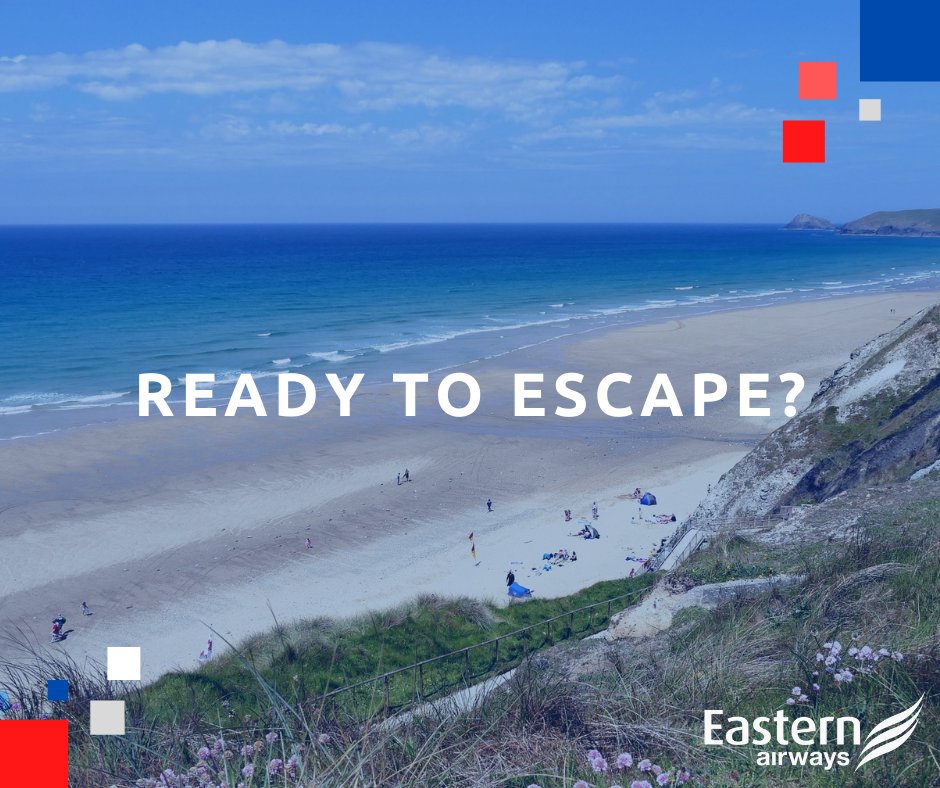 If you’re unsure of your travel plans this festive season, you can get peace of mind with our flexible ticket. This… https://t.co/NXfHI7yzk9

Today we ran the Humberside Airport runway as part of @aviation_action Run the Runways challenge to help provide su… https://t.co/EtvjnbOuKR

At Eastern Airways the health and well-being of our passengers and crew is our highest priority. For more informat… https://t.co/bxRWWc1alE

We are pleased to announce that we will once again be connecting #Teesside with #LondonHeathrow. Prices start from… https://t.co/dA4Mxkc4iw

Updated The link Eastern Airways was updated 90 days ago.